The newspaper has just gone live with this report:

Legendary Metropolitan Opera conductor James Levine molested an Illinois teenager from the time he was 15 years old, sexual abuse that lasted for years and led the alleged victim to the brink of suicide, according to a police report obtained by The Post… 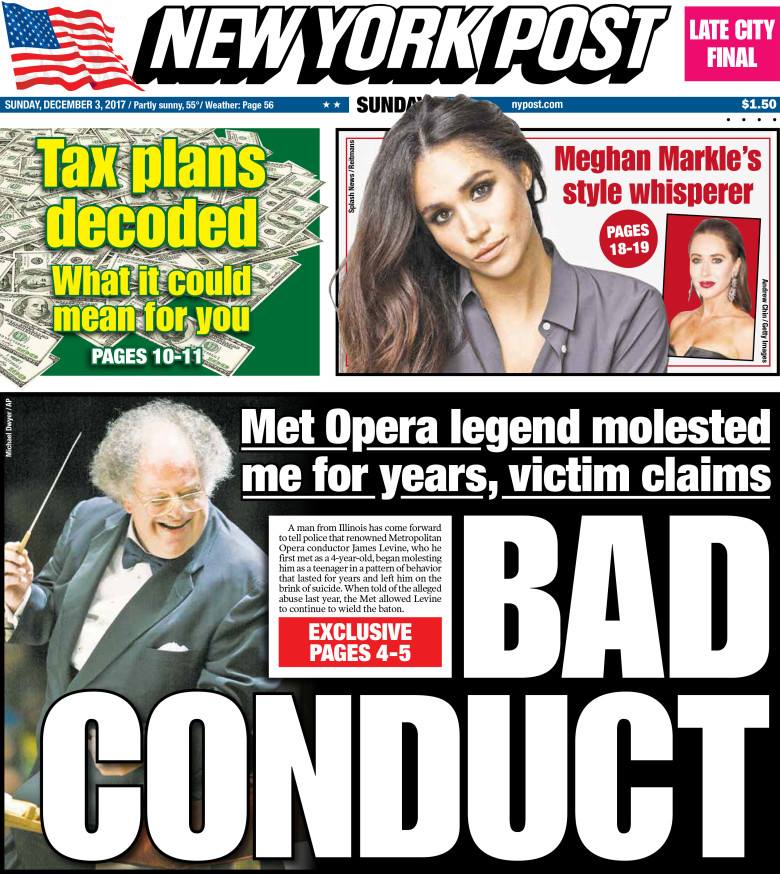 The report is based on a deposition made to Illinois police in 2016 by an unnamed person. There has been no independent corroboration.

UPDATE5: Who has questions to answer?

UPDATE 8: Will this kill the Met?

UPDATE 9: Did Leonard Bernstein have a James Levine problem?

UPDATE 11: Opera is a breeding ground for sexual misconduct

UPDATE 12: The human cost of the James Levine climate