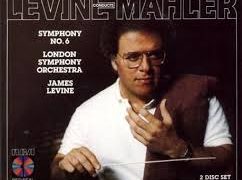 The Metropolitan Opera has cancelled all engagements with James Levine, its longest serving chief conductor, latterly its conductor emeritus.

The Met issued this statement during the night:

‘We are suspending our relationship with James Levine, pending an investigation, following multiple allegations of sexual misconduct by Mr. Levine that took place from the 1960’s to the 1980’s, including the earlier part of his conducting career at the Met. Mr. Levine will not be involved in any Met activities, including conducting scheduled performances at the Met this season. “While we await the results of the investigation, based on these new news reports, the Met has made the decision to act now,” said Peter Gelb, Met General Manager, whose actions are fully supported by the leadership of the Met Board and its Executive Committee. “This is a tragedy for anyone whose life has been affected.”

In each of the cases, Levine, now 74, is alleged to have initiated sexual activity with very young men. It is no clear whether any of them was below the age of consent in the state where the events took place. In the one known instance, Ashok Pai’s, where a complaint was made to the police, the prosecuting authorities decided that the matter was covered under the statute of limitations. Levine has not been interviewed by police in any of these three cases.

These are the facts that have come to light.

It is alleged that Levine used his authority as an older man in a position of authority towards young musicians to engage them in sexual activity.

The allegations raise serious questions for the Met, where Levine has appeared for 47 years, as well as the Boston and Chicago symphony orchestras, the Verbier Festival in Switzerland where he was invited to head a youth orchestra, and other organisations.

Levine is credited with raising the Met to standards of unparallelled excellence. The foremost American-born conductor since Leonard Bernstein, he has been hampered in the past decade by severe illness that has confined him to conducting from a wheelchair. He will not, as planned, conduct a new production of Tosca on New Year’s Eve.