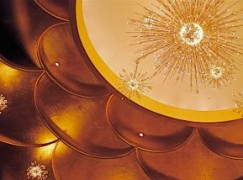 The human cost of the James Levine climate

Among many testimonies that have been sent to Slipped Disc since the breaking of the James Levine allegations is one from a well-established music administrator.

Our contact was on the music staff at the Met as a young man in the 1980s. He was approached one day by the music director, who ‘stuck his hand down my pants’. Our contact indicated that he was not interested, and that was it.

No big deal, you might say. Everyone was above the age of consent. What followed, however, is indicative of the corrosive atmosphere at the Met and how careers could be made or broken at one man’s whim.

From the moment he declined the sexual proposition, our contact became invisible in the building. No-one wanted to work with him. If he asked why, he would be told he ‘was not good enough’. A clique around the music director was there to enforce his wishes.

In music in particular and the arts in general, competence can be hard to prove if you are not given the opportunity. The Met was an impossible place to work if you did not play the music director’s way.

Our contact got out fast and made a successful career outside New York. He has no regrets. Others who stayed on saw their lives and their talents whittled away past the point of recovery.

That destructive element is part of the James Levine legacy. It will not go away until the Met decides to come clean about the past and put its house in order.

See also: Opera is a breeding ground for sexual misconduct

Covent Garden to singers: Do not applaud each other »