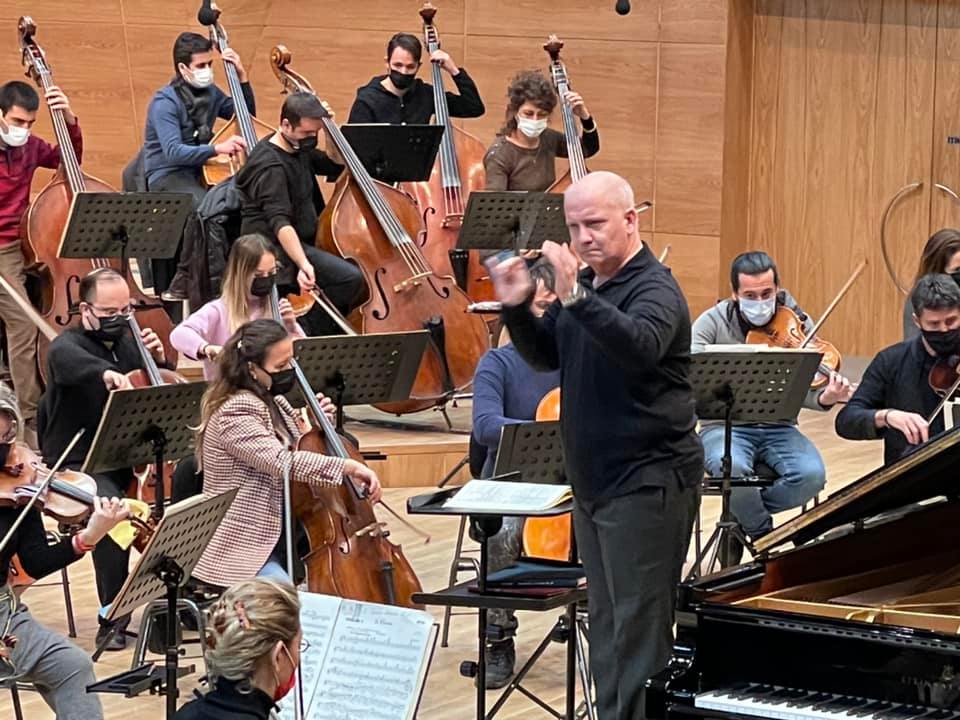 Theodore Kuchar, unable to leave Lviv, reports for slippedisc.com. His report is pieced together from several fragmentary messages:

As a lousy musician with an American and Australian passport I could have gotten my … out of here one week ago. Instead, I am looking for and covering targets. With missiles hitting oil reserves and Kyiv in flames, with parachuters jumping out of planes in the far west (two were caught; the others escaped) and looking for civilian clothes in order to intermingle, draw Xs on sidewalks and rooftops in order to have missile targets close to the hotel bed you slept in….

I was 24 hours too late in trying to get out of Lviv; 27 hours ago, the airport was still working. Now there is a line of people 20kms long at the Ukrainian/Polish border trying to get out. I was sitting and speaking with the American ambassador on Sunday after a concert of the Dvorak Requiem here. On Monday morning, all embassy people that I had contact with from USA and Australia departed to Poland. Now it is impossible to leave.

I was receiving warnings from all sides to get out, even the American (temporary) ambassador. As Music Director and Principal Conductor Designate of the Lviv National Philharmonic Orchestra of Ukraine, I had a concert week beginning from Monday scheduled. What kind of a (new) leader would depart and leave the rest behind?

… Regarding the present situation in Ukraine, I follow the news very carefully – from all sides. Two evenings ago it truly bothered me to watch several high-level interviews on the BBC which insisted that this entire conflict has been invented by the Americans; Putin is being provoked into something he never considered, a fake conflict just like Saddam Hussein and “weapons of mass destruction” which never existed. 190,000 troops along the borders are fake? Large hospital complexes being built at rapid speed virtually on the border? At least I am in a city that the Americans and Australians are relocating to, which they describe as “safe” and “easy to escape from into the EU, if necessary.”

The gentleman operating the “new” Australian Consulate here in Lviv just wrote to me and asked to get together for coffee. Yesterday evening, I spent approximately 90 minutes speaking with the American Ambassador and team from the embassy after a performance of the Dvorak Requiem. I listened to a lot of substantial “information”. I listened to “we have known since October it would likely develop into this” and “it is likely Ukraine will be divided into two halves; they want the east and don’t care about the west (Lviv).” I also heard more serious possibilities. Of course, we hope that good fortune will somehow end this threat … yet I am not so sure. Of no less importance, I hope that this does not spread beyond Ukraine.’

« Death of a major classical guitarist