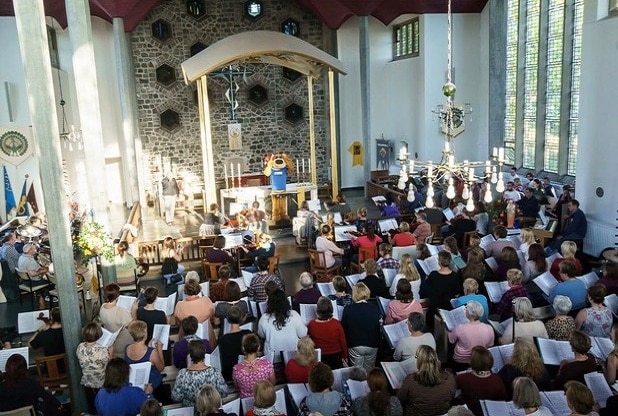 More details have emerged on the purge of white freelance players from the orchestra of English Touring Opera.

An explanation has been given in a statement on the ETO website as to how the process was conducted.

This summer English Touring Opera held open auditions for orchestral musicians in order to continue to hear the very best artists in this country, and strengthen the broad pool of players on whom the company calls. Panellists for those auditions were Gerry Cornelius (Music Director), Holly Mathieson (Associate Artist), Philip Turbett (Orchestral Manager) and guest Chi-Chi Nwanoku (distinguished orchestral musician, and founder of the Chineke! Orchestra). The auditions were immensely rewarding and exciting; several musicians were offered opportunities to work with English Touring Opera for the first time, based on their ability.

Nwanoku is a successful equality activist whose verntures are heavily supported by the Arts Council and the BBC. Her questionable presence on an independent audition panel appears to have been calculated to give preference to musicians of a minority background. The term for such manoeuvres used to be ‘positive discrimination’. Now it’s called diversification. The outcome for non-minority musicians is the same.

The hideous optics of the ETO debacle offer a particularly stark reminder of how in the era of wokedom, the arts are doomed. Sure, the arts have a social component, but they are fundamentally rooted in creativity and talent, and they must delight, rivet or intrigue. They are not meant to be primarily didactic. I for one would never go to watch an orchestra just because it had been lauded for diversity. I would never read a book because it had been commissioned as part of a ‘diversity and inclusion programme’ and I would never admire a work of art simply because it had emerged from a person of the right colour. Yet such ideas are gaining popularity: earlier this summer, Labour MP Janet Daby, a former shadow minister for faiths, women and equalities, put to then-Culture Secretary Oliver Dowden the merits of issuing “mandatory diversity quotas” for artists that appear in publicly funded galleries like Tate Britain. Thankfully, that quota hasn’t yet been mandated, but under a different government it might well be.

« Baton fail: Besancon has no winner