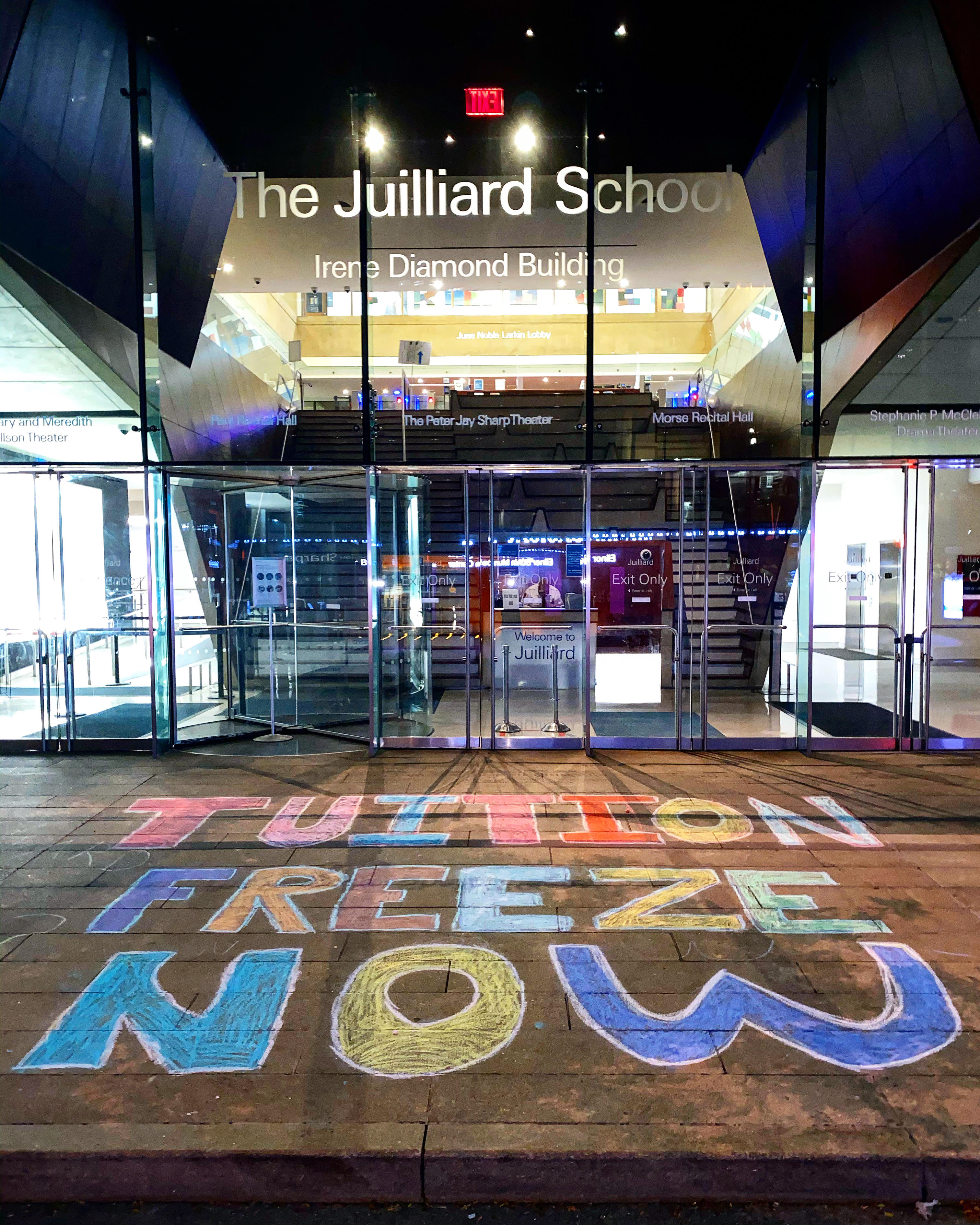 Is Juilliard locking up protesting students?

Reader’s Comment of the Day on the tuition fees dispute at the New York music college:

… they are upset since tuition has been raised yet no actual tangible benefit comes from the increased cost. If anything, the education during this time is worse online than it would be in person, so an increase in tuition is insane. Pretty sure most of these people cannot afford to pay the increased cost as well. Tuition used to be around $600 a year at these schools 50 years ago, and now it’s over $50,000. There is an argument to be made that the degree will help a lot in the job field even if you study with the same person privately, mostly as your studies are validated and you are able to teach students yourself with a valid degree. Studying privately does not give you the rehearsal experience or broader musical education you need either.

To my knowledge, the administration tried to lock the protesters in the building overnight and have already banned these students who have protested from accessing the main building of the school where their classes, rehearsals, and lessons take place. If this sort of situation happened at my school a few blocks north, the staff would have been fired and there would be an investigation into why staff would react in that way. the actions of the school in this case are insane given that students are protesting and expressing their rights to share their experiences and voices. I completely understand saying “no” to them, but banning the people from accessing the school they are still paying to go to is literally insane. given that many of my teachers have told people that had low scholarship offers compared to other schools that its probably more worthwhile to study at a different school that is more affordable, and that they can still study with them on the side means that even the teachers agree that the cost of these private conservatories is ridiculous. I am going to one and I am only paying for housing, yet its still overpriced because it is cost of living in nyc. i saved probably around 12 grand by just staying at home than I would have if I traveled back to school last year, and I maintained so much more sanity by spending the year with family rather than in a petri dish in nyc…

It is completely understandable to request a freeze on tuition if your family lost their livelihood during the pandemic, and you will never be able to pay the school back for all this online “education” that was so worthwhile to your total degree. If you think these kids should pay an extra couple grand for some sub-par online conservatory experience that is missing in-person interaction and rehearsals, then maybe your vision of reality is warped. I feel bad for my friends because they paid nearly the same amount they did past years for completely online school without many of the things that we chose to go to a school specifically for. usually you pay more for something that is better. I must just be so silly for thinking that though.