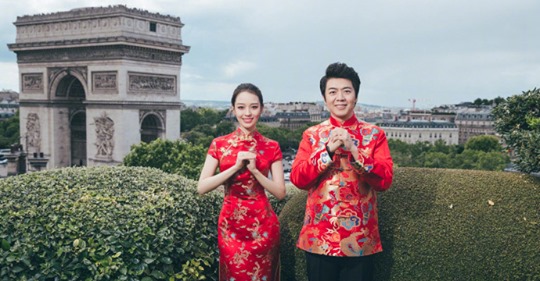 How did we get from Fou Ts’ong to Lang Lang?

The Chinese and British pianist Fou Ts’ong, who died yesterday of Covid-19, was an exemplary figure in many ways. Although a visible member of the classical wing of 1960s Swinging London, he was slightly removed from the wilder side of things, shy and disinterested in the dazzle and the bling. He married a Menuhin, got divorced and removed himself still further from the hurdy-gurdy. His second wife was Patsy Toh, a dedicated piano teacher, as private a person as he was.

Few knew the troubles he had seen, how he fled Poland after the Chopin Competition with a testimonial from Sviatoslav Richter and an airline ticket paid by Julius Katchen, how his intellectual parents were made to hang themselves during Mao’s Cultural Revolution. Fou was a pianist who led his piano speak for itself.

News of his death brought a formal note of condolences on his Weibo account from Lang Lang, the regnant Chinese pianist. Never mind that Lang Lang usually has others to write whatever appears on his social media, it was considered important for the present-day pretender to doff his expensive coiff to a trailblazer, the first Chinese pianist to be admitted to the Chopin Competition.

UPDATE: Lang Lang wrote: ‘I still remember the time when I played Rachmaninov’s Piano Concert No. 3 for the first time in London in 2001. After the concert, he gave me a hug with tears in his eyes, and said that he had high hopes for me. Master Fou was a great artist that I respected very much. I will never forget what he said about always staying kind and pure-hearted. His understanding of music was unique.’

From Fou Ts’ong to Lang Lang lies an unbridgeable gulf. One was a filigree, introspective interpreter, the other a total showman. One lived his life in the greatest modesty, the other lives entirely in externalities. One was a pianist’s pianist, the other is a brand king. One suffered mortal torments under the Chinese regime, the other is its poster boy.

Berlin demands a say in the running of Bayreuth »