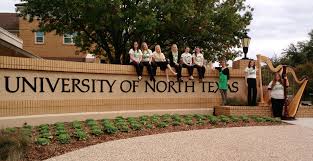 Graduate students at the University of North Texas are demanding the head of Dr Timothy Jackson, a professor who called out the anti-racist academic Philip Ewell as an anti-semite. The details of their disagreement in the Journal of Schenkerian Studies can be found here.

The graduate students, supported by terrified faculty members, have issued the statement below. Ewell has prudently retreated from social media. Reasonable people should do their best to avoid UNT College of Music for the next few years.

If you want to read the source of the infection, click here.

We are appalled by the journal’s platforming of racist sentiments in response to Dr. Philip Ewell’s
plenary address at the Society of Music Theory annual meeting in 2019. Furthermore, we condemn the
egregious statements written by UNT faculty members within this publication. We stand in solidarity
with Dr. Philip Ewell and his goals to address systemic racism in and beyond the field of music theory.
As graduate students at UNT, we are compelled to provide further context and to demand action to
effect meaningful change. We would like to make it clear that the JSS is not a graduate student
journal; since 2010 (Vol. 4), it has been run primarily by Drs. Timothy Jackson and
Stephen Slottow. Many of us recently discovered that the journal is presented as graduate-student
run in some contexts; in fact, there is little student involvement beyond copy-editing, and students
have absolutely no say in the content of the JSS. In fact, outside of the advisory board (and in particular
Dr. Jackson), we have no clear understanding of who oversaw the publication of the responses to the
plenary session. As we join the search for answers to these issues, we will be working both publicly and
privately to change every part of the MHTE Division and College of Music (CoM) at UNT that
allowed faculty to platform racism in our name.
To this end, we as UNT graduate students demand the Journal of Schenkerian Studies should
immediately take the following steps, and we call on the UNT College of Music and university at large to
ensure these steps are taken.
1. Publicly condemn the issue and release it freely online to the public. Given the horrendous lack
of peer review, publication of an anonymous response, and clear lack of academic rigor, this issue of
the JSS should release an apology for its content and promote transparency by granting the public
access to it. We believe that all contributors should be held fully accountable for their
comments, which must not be hidden for the sake of the self-preservation of any involved
parties. Furthermore, we must learn from these mistakes rather than attempt to erase them. By
making this volume accessible to the public with a disclaimer from the CoM, we hope to enable all
scholars to address this problematic “discourse.”
2. Provide a full public account of the editorial and publication process, and its failures.
Throughout the publication of this issue, significant irregularities occurred in the acceptance and
solicitation processes, whether individuals with the title of editor were permitted to edit content,
and how the contents of Issue 12 were approved by any responsible oversight process. JSS must
make a public account of the process so individuals who intentionally subverted academic discourse
can be held accountable by their respective institutions.

The UNT College of Music has issued this surrender document:

The University of North Texas College of Music has begun a formal investigation into the conception and production of the twelfth volume of the Journal of Schenkerian Studies, which is published by the Center for Schenkerian Studies and UNT Press. The University, the College of Music, and the Division of Music History, Theory, and Ethnomusicology reaffirm our dedication to combatting racism on campus and across all academic disciplines. We likewise remain deeply committed to the highest standards of music scholarship, professional ethics, academic freedom, and academic responsibility.

John W. Richmond, Ph.D.
Professor and Dean of the UNT College of Music

Benjamin Brand, Ph.D.
Professor and Chair of the UNT Division of Music History, Theory, and Ethnomusicology