Pedigree US pianist dies at 72

Peter Serkin, a prominent US pianist who had been struggling for a long time with pancreatic cancer, died today, aged 72. With him goes a link to a once-glorious past.

Son of the influential pianist Rudolf Serkin, grandson of the volinistAdolf Busch, Peter struggled with burdens of heritage and expectation.

After graduating from Curtis, he stopped playing and moved with his young family to rural Mexico. He returned to the circuit after many months as a committed interpreter of contemporary composers. He gave world premieres of works by Luciano Berio, Hans Werner Henze, Alexander Goehr, Leon Kirchner, Oliver Knussen, and Charles Wuorinen. The New York Times critic Donal Henahan called him in 1973 ‘the counterculture’s reluctant envoy to the straight concert world.’ 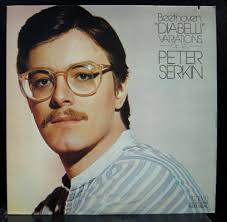