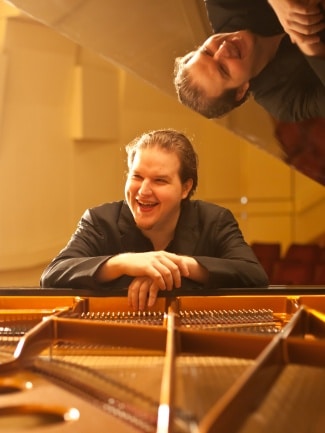 The international pianist Lukáš Vondráček has been so annoyed by the reviews he receives in his country’s capital that he has cancelled all concerts there for the forseeable future.

He writes: ‘I have always been a proud Czech who performed with humility and gratitude on Prague stages and represented the culture of our small country abroad. I am very concerned about the conditions prevailing in the Czech musical environment. This environment is, in my opinion, often disrespectful and in many ways completely self-centered and unprofessional. Sadly, a country with such a rich musical tradition as the Czech Republic cannot support high-quality musicians with original musical thinking.’

The immediate trigger was a hostile review by Dita Hradecká of his recital this month in the Rudolfinum, but he is also ppp’d off with the management of the hall which forbade him to practise in the dressing room while another performance was going on and, in general, with the whole state of music in Prague.

You can read his diatribe here (in Czech).

Lukáš Vondráček, 33, won the 2016 Queen Elisabth Competition in Brussels. He lives mostly in the US.