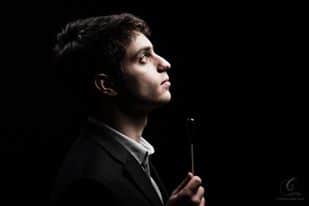 The National Symphony Orchestra had to cancel Thursday’s concert when Yan Pascal Tortelier called in sick. Friday’s repeat was in imminent jeopardy.

The solution? Call Baltimore, where associate conductor Nicholas Hersh was ready and willing to take on Debussy and Ravel.

We hear it went rather well.

UPDATE: Maestro must remain in DC

The Baltimore Symphony musicians posted: ‘We couldn’t be prouder of our assistant conductor, Nicholas Hersh, who jumped in on short notice last night to replace our dear friend, conductor Yan Pascal Tortelier, for the National Symphony Orchestra’s concert in the Kennedy Center.
His performance was terrific and the audience went nuts, as you might imagine!
History repeated itself, as many of you might remember, as Nick also replaced Tortelier in 2016, to make a stunning debut on the BSO’s subscription series. He has been an audience favorite ever since.’