Anne-Sophie Mutter: I lost my soulmate

André Previn has for more than 70 years illuminated this often dark world with his extraordinary gifts, his superb intelligence and wit.

We were companions in music for 4 decades and closest and dearest soulmates in the last 19 years. These years have brought me an abundance of deeply moving and challenging violin works. One of the first of them, the violin concerto, was an engagement present. I am forever grateful for all of his musical treasures.

André will live on in the hearts of the millions of music lovers that his life and music has touched. His many scores will continue to enrich the life of musicians around the globe.

Right now André is probably in the middle of a jam session with Oscar and Wolfgang…and he will outplay them. 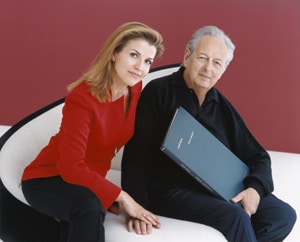