Nazi-era composer gets his name taken off school

The town of Augsburg in Bavaria is planning to rename the Werner Egk primary school.

Egk, who died in 1983, was one of the useful idiots who served the Nazi regime by writing music for propaganda purposes. He was not the worst. To his credit, Egk refused a demand to write music that would replace Mendelssohn’s for A Midsummer Night’s Dream.

Goebbels wrote in his diary that Hitler was enthusiastic about Egk’s opera, Peer Gynt.

But Egk never joined the party or entertained its leaders.

After the War, he enjoyed success in Germany, but nowhere else.

As Andre Previn memorably declared of one of his celebrated German contemporaries, ‘Fidelio Finke, where are you now?’ 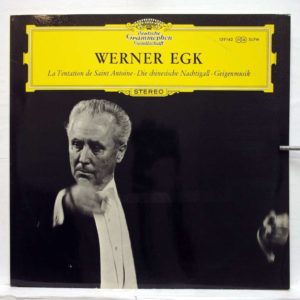