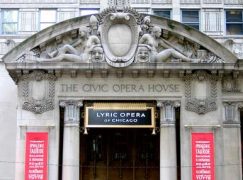 Statement by the Lyric Opera:

Lyric Opera today offered the Chicago Federation of Musicians (CFM) Local #10-208, a new contract proposal in an effort to resolve the current strike.

The CFM leadership rejected the compromise, made no counter-proposal, and maintained their proposals to add nearly $2 million to the orchestra budget during the term of the contract.  As a result, Lyric performances will continue to be canceled, additional staff will be laid off, and the financial future of Lyric is in jeopardy…. This strike impacts over 1000 Lyric individuals and their families.

Among other proposals, Lyric offered wage increases that result in average take-home wages (including vacation pay) of $82,500 per orchestra member, for 22 weeks of work per year. Overtime wages begin after 20 hours in a week, producing additional income. Work on the musical, community engagement activities, and The Joffrey Ballet performances would be additive, as would the extra 5 weeks of work on the Ring Cycle next year.  Lyric also proposed to continue the generous plan of full health and welfare benefits for orchestra members and their families.  A musician who works the 22 weeks is entitled to these benefits for the full calendar year by paying only 8% of the premium.  Lyric pays 92%, which costs the company nearly $1 million annually.

The musicians issued this statement:

Today, Lyric Management sent what it called a “settlement offer” to the Orchestra musicians through a federal mediator. Management gave the musicians a grand total of six hours to accept it, or else it would be withdrawn.

The offer doubled down on every demand Lyric made in its last, best, and final offer. The only change is to offer to “guarantee” work the musicians already have. Lyric’s offer is nothing more than a bogus PR stunt, and the musicians have no choice but to reject it.

As we have stated, Lyric has been demanding:

– Cutting the number of Orchestra musicians by eliminating five positions.

– Cutting the pay of the remaining Orchestra musicians by 8%.

None of that has changed with today’s “settlement offer.” The difference is that now, Lyric says it will promise to hire the Orchestra for certain work that occurs outside the main opera season. It’s an empty gesture because Lyric was required to do that anyway.

Everyone is now playing directly to the gallery. 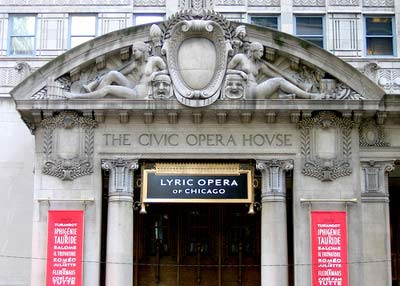 « So how was ENO’s Porgy? Possibly the best show in town

Believe it: Martha Argerich and Ivry Gitlis on stage in Tel Aviv tonight »