Believe it: Martha Argerich and Ivry Gitlis on stage in Tel Aviv tonight

Ivry is 96. Zubin wheels in his chair.

Surprise of the evening: violin legend Ivri Gitlis (96!) playing with Martha an impromptu intermezzo with Mehta on stage, enjoying the best seat possible… 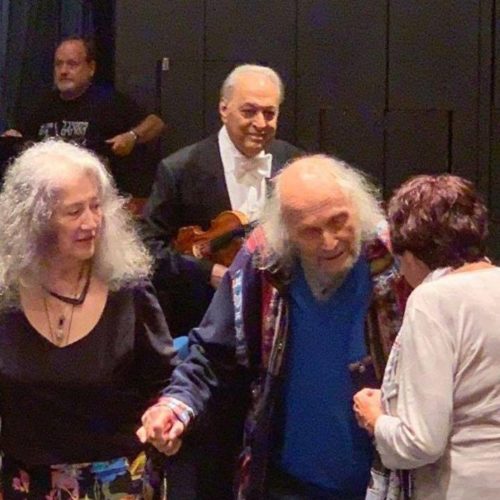