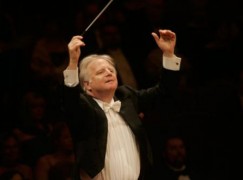 Who fixes the pay of principal players? A music director reveals all…

Leonard Slatkin has responded to our recent posts about disparities in pay between principal wood and woodwind players in major US orchestras. We had suggested that the music director has something to do with it. Slatkin confirms that this is indeed the case.

Most of the people writing about the situation have failed to point out how raises are doled out. At least with my three music directorships, the process was the same. At some point in the season, the artistic administrator and sometimes the executive director would meet with me. We would go over the entire orchestra list, budget in hand, and would try to figure out who deserved an increase and who did not. It was a laborious procedure but seemed to be the only one that everybody could agree on.

I have no idea how it works in Boston. It will be important to understand this going forward, if indeed, discrimination is determined to be a factor.

If the suit actually goes to court, which I doubt, the result could have an overwhelming impact on the orchestral world.

Let’s say that Elizabeth wins what she is asking for, which is parity with her counterpart in the oboe section, plus damages. It is very easy to see the other principals, regardless of gender, asking for the same thing. This puts the cost to the orchestra at a premium, possibly one that cannot be afforded. And other orchestras will literally follow suit, causing potential labor disputes or even bankruptcies. A strange outcome could be that the oboist’s salary is cut back to bring the two closer together.

But what if she loses?…

Two out of 60 conducting candidates are women »