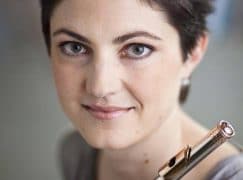 In the Big Five, are principal flutes paid less than oboes?

In light of the discrimination suit against the Boston Symphony Orchestra, we thought it might be useful to check the pay grades of principal flutes and oboes in the other four so-called Big Five US orchestras.

These salaries are negotiable. They depend on experience, on personality, on status, on maestro opinion and on what the player might earn elsewhere is he or she got the urge to take a walk. When two principal flutes walked out on the Met, that orchestra took a serious hit in the breadbasket and has not yet fully recovered.

So here’s what we found.

In the New York Phil and Boston, the oboe is much better paid.

In Chicago, the figures are not available from public tax records.

More will doubtless emerge should the Elizabeth Rowe case come to court.

« The new Bog-standard at Vienna Opera

Death of a vital British composer, 66 »