What other people earn in San Francisco

We reported last night that players in the San Francisco Symphony earn the highest musicians’ wage in the US. Their base salary is $166,400.

What about other public servants?

The salary for a police officer in San Francisco is $83,000. Exactly half. 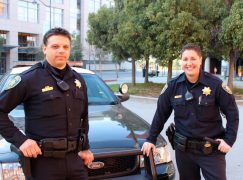