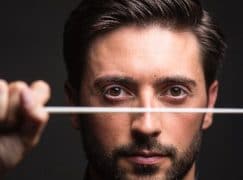 The London agency HarrisonParrott has announced the appointment of its client Antonio Mendez as principal conductor of the Tenerife Symphony Orchestra. Just one problem: 52 percent of the musicians say they don’t want to work with him again.

UPDATE: The conductor must be wrong

Antonio Méndez first appeared with OST in 2016 to mixed reviews. He was given another chance in 2017 by his personal friend Mr. Miquel Angel Parera who in a meantime was appointed General Manager of the orchestra.

Long before his second appearance with OST rumors circulated that it has been already decided that Mr. Méndez will become new Principal Conductor of the orchestra. Prior to his second appearance with OST Mr. Méndez was invited to be part of an orchestra audition committee during the auditions for crucial positions in the orchestra. This move stunned many as Mr. Méndez has no previous experience of being Music Director  or Principal Conductor of any orchestra.

After the second program Mr. Méndez, musicians overwhelmingly voted against his future engagements. Asked if they would like to work with him even as a guest conductor in the future, 52% of musicians responded with clear NO. This would have been remarkably more negative if asked about potential engagement of Mr. Mendéz as Principal Conductor. On a 10 point scale Mr. Méndez scored a mediocre 5.5 points for artistic results and a poor 4.9 points for the way he was communicating and behaving with the orchestra.

Since this concert Mr. Méndez has appeared with OST again and musicians were asked to vote anew. They did so and expected the results to be as poor or even worse… BUT: they were not shown results until now and instead learned last Sunday from the local newspaper that “Mr. Méndez is coming to “resuscitate” the Orquesta Sinfonica de Tenerife”, while yesterday it was officially announced that Mr. Méndez was given a position of Principle Conductor with the orchestra for 3 years with 9 programs in 18-19 season.

Musicians of the orchestra are deeply offended, feel betrayed and outraged about the actions of its incompetent management. OST is not “dead” and does not need anyone to “resuscitate” it! Moreover we would like to draw your attention that General Manager Miquel Angel Parera has been given his position in violation of the application rules. Clearly lacking the required credentials, education and work experience he was not admitted into competition process in first instance, but remarkably past through the system in the end…

It was never a secret of Mr. Parera that Mr. Méndez is his long time personal friend and he has bragged about appointing him without respecting orchestra’s opinion on many occasions. It stuns the majority of the OST musicians to read the words of both Mr. Méndez and Mr. Parera on this appointment! Nothing could me more far away from the truth…:

‘There was an instant connection the first time that we worked together — their rich and deep sound, their energy and open approach to music captivated me immediately; I am delighted to be taking over the position of Principal Conductor with the Sinfónica de Tenerife. I am looking forward to continue sharing our love for music and developing together, and I am thrilled to become the leader of an orchestra with such potential; we are ready for this new adventure and I am convinced the audience can look forward to exciting things ahead of us!’

‘We are specially happy to begin this new artistic adventure with Antonio Méndez. During the last concerts with the OST, his passion, energy and commitment with music brought our orchestra and our audience joy and pleasure. This is for us now a natural step after the great trajectory of common work and understanding.’

There was no connection, no passion and energy… There was lots of self-absorbed ignorance, lack of communication skills and a few boring performances. Majority of the orchestra musicians are deeply disappointed and looks with dismay at the prospect of being forced into this “unhappy marriage”!

The hope is that with facts becoming public and discussion initiated the orchestra’s voice will be heard and respected.

In Munich academy’s sex trial, the molester says he was molested »