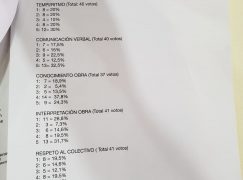 We reported last week that 52 percent of the musicians in the Tenerife Symphony Orchestra did not want to work again with Antonio Mendez, a young man who has been appointed their new music director.

A response from the orchestra management, which we duly published, claimed we had got our facts wrong.

Well, they would say that. In fact, our figure was based on a poll taken after Mendez’s previous appearance with the orchestra.

After the latest vote by musicians on guest conductors, fully 59.57 percent said they do not want Mr Mendez to return.

The question asked was: ‘would you like to see him/ her come back?’ Yes or No.

This does not appear to be a sustainable appointment.

You can read the voting results below. 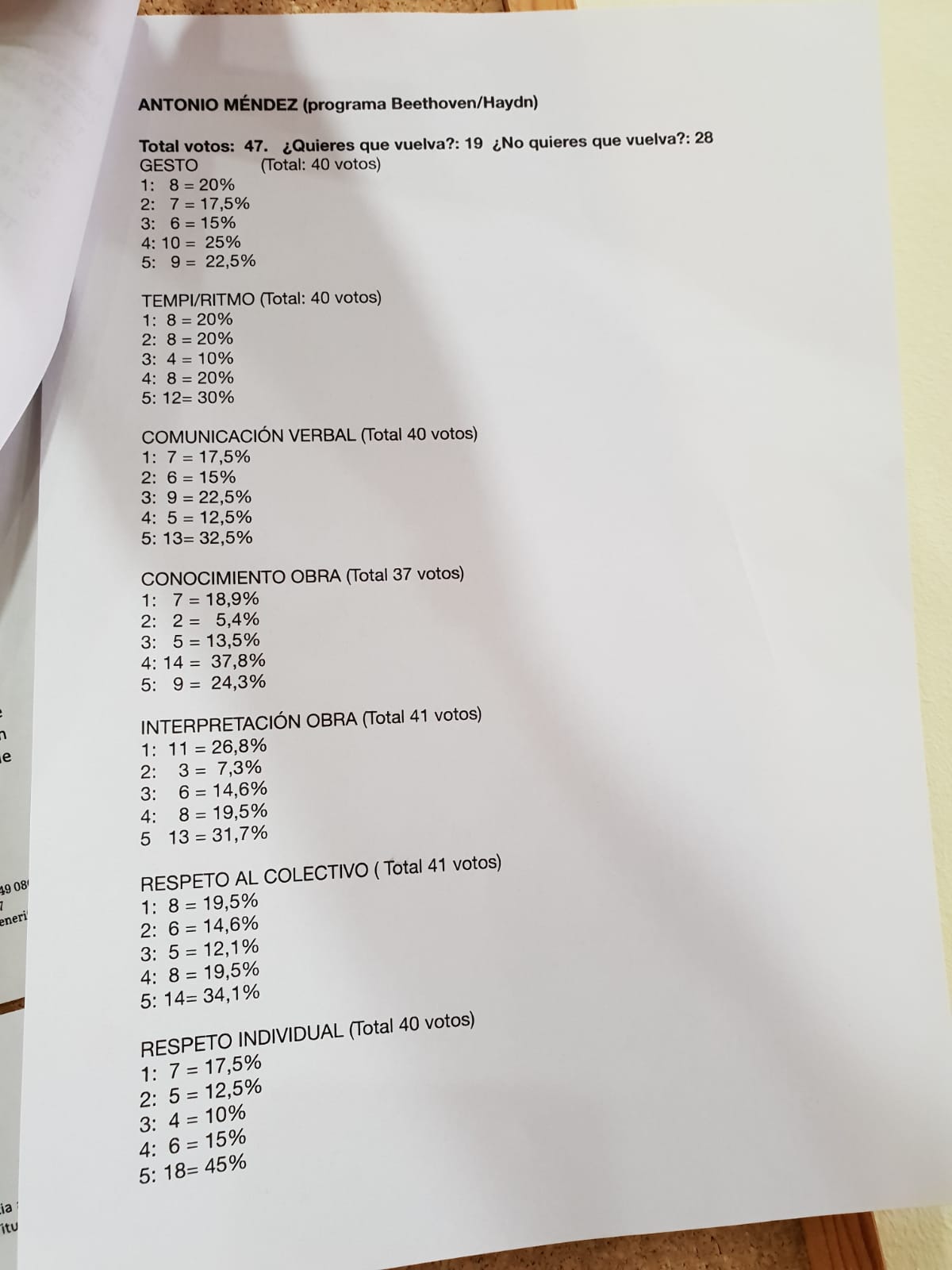 (click right on the image to magnify in a new window)

« Death of an Austro-Hungarian composer, 96

A soprano calls an end to her bold festival »