Death of an eminent Scottish symphonist, 76

The death is reported in a Glasgow hospital of John Maxwell Geddes, composer of three well-received symphonies and many other orchestral works, including several film scores.

He taught at the Royal Conservatoires in Glasgow and Copenhagen and was performed internationally. 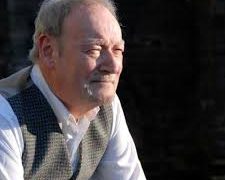