Jonas Kaufmann’s Otello: So how was it for you?

The first newspaper review this morning of Kaufmann’s role debut says it ranks with the finest.

​For perfectly sound reasons, the Otello in Verdi’s opera falls prey to jealousy even more precipitately than his Shakespearian counterpart. Rarely has that gnawing suspicion seemed as convincing or moving as in the keenly awaited portrayal by Jonas Kaufmann, making his debut in the role, as directed by Keith Warner. Kaufmann may occasionally resort to stock gestures but he modulates effortlessly between the amorous and the unhinged, grippingly charting the character’s psychological decline.

No other reviews in yet. 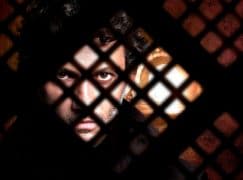 UPDATE: NY Times gets in first