Washington National Opera (WNO) and its Executive Director Michael L. Mael today announce that Music Director Philippe Auguin will become Music Director Emeritus of the WNO Orchestra at the beginning of the 2018–2019 season. Auguin’s position as Music Director will not be extended after the conclusion of the company’s 2017–2018 season. He will then have completed eight seasons as WNO’s Music Director, having conducted 17 productions—including WNO’s first-ever complete cycles of Wagner’s epic The Ring of the Nibelung—and having filled 10 positions in the orchestra, including three principals, an assistant concertmaster, and an assistant principal. 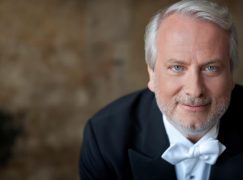