Can you record a full orchestra with a single microphone?

Apparently, yes…. although I don’t get a full, close sound picture through my headphones.

Others may hear it differently.

The device is called Zylia. 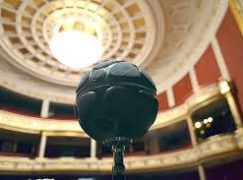