The man who ran off with Schoenberg’s wife

There’s a terrific show coming up in New York at the end of the month of the works of Richard Gerstl. He was the artist who taught Schoenberg how to paint, before seducing Mathilde Schoenberg to run away with him.

The exhibition at the Neue Galerie is based on the researches of Raymond Coffer.

You do not want to miss it. 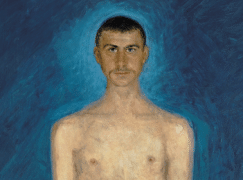