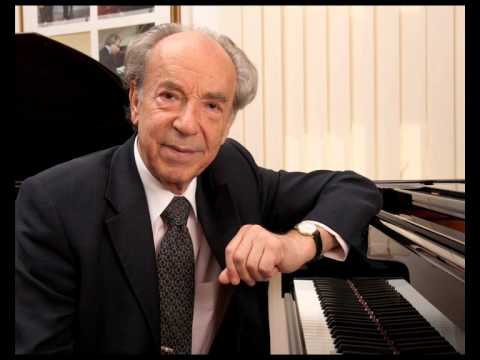 The famous pianist who fixed a broken pedal

Further to yesterday’s adventures of Eliane Rodrigues with a broken Steinway pedal, the Vienna-based pianist Albert Frantz was reminded of an incident involving a master of the instrument:

Paul Badura-Skoda once stepped onstage to perform a Chopin concerto. Since his plane had arrived late, he missed the rehearsal. The orchestral introduction was his only opportunity to try out the piano… and he discovered that the sustain pedal didn’t work! As he’s (seriously) a certified Steinway technician, he crawled under the piano during the performance and tried to fix it before the first solo entrance. They did end up having to stop the performance and call in a technician, but it left a lasting impression on the audience.

We asked Albert to check a few details, so he called Eva Badura-Skoda, 87, who said the episode happened in Sweden, many years ago. She reports:

that he was in fact able to repair the pedal! Apparently it was the connection that had become undone probably when they moved the piano onstage, so it wasn’t a major repair, but certainly a happy surprise for the audience.

« Exclusive: Toronto Symphony starts to learn from its past