A huge gap in the Met orchestra has been filled with quality. Two years ago, both flute players resigned on the same day.

Both are on one-year contracts, as is usual for starters. 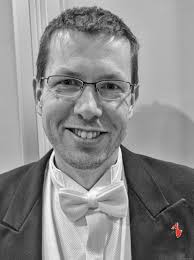 UPDATE: Message from the players committee:

‘We are delighted to welcome both Erik Gratton and Demarre McGill to the MET Orchestra this upcoming season. Both will fill one year temporary positions. These positions were filled by an invite-only audition, since time was limited, and as is normal for major orchestras in these circumstances. Denis Bouriakov has now resigned from the MET Orchestra, but Stefan Höskuldsson is officially on a one year leave of absence.  In any case, we will follow our normal audition process this upcoming year to fill any vacancies on a permanent basis, which will be advertised in the International Musician four months in advance per our usual contract rules.’
-Jessica Phillips
Chair, The MET Orchestra Committee

« New hip director at Indiana U.

Air outrage: Look what they did to my double-bass! »