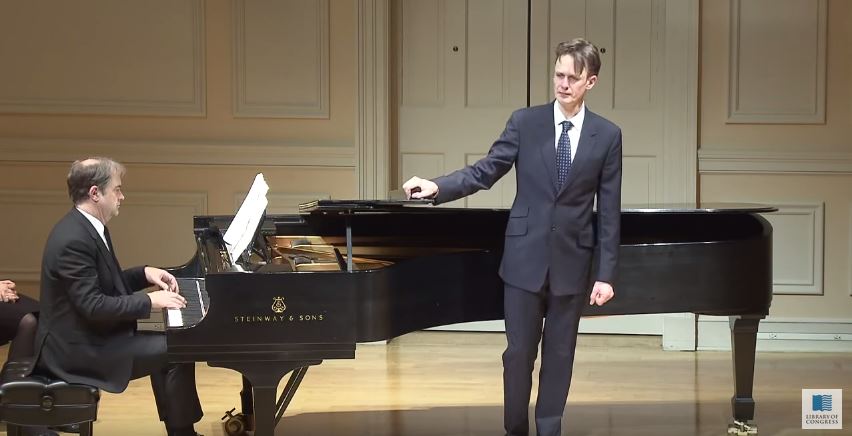 From a Slippedisc reader:

Friday 27 August recital by (British tenor) Ian Bostridge and (pianist) Julius Drake at the Schubertiade at Schwarzenberg where they perform regularly. First half unknown lieder with scores, second half better known without scores.

After applause, Die Forelle as encore, rather beautifully done. More applause. They return to do another encore when from the back a German voice shouts “bitte Deutsch lernen” (please learn German). Both look shocked.

Another encore (is) sung then Bostridge marches down the aisle and returns leading said German onto the platform suggesting he might like to address the audience. He says few words, is escorted off stage. Not the usual recital then.

UPDATE: Here’s what a German critic thought of the incident.

New season: I’m at the airport, my passport’s at home »