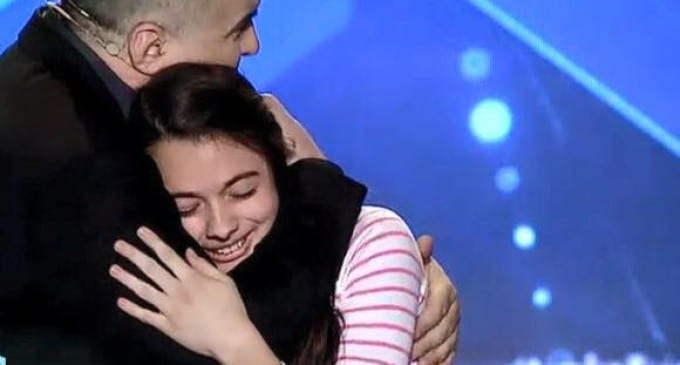 Why Laura Bretan is a worry for opera singers

The 13 year-old singer won Romania’s Got Talent this weekend.

She is also a contender in America’s Got Talent.

This is why Bretan’s performance raises such deep concerns for experienced opera singers and voice teachers. She possesses both a promising voice and strong musical instincts, but most of the sounds she is producing are the result of effortful, unsustainable manipulations of a body that is not yet mature enough either to create these sounds in a free, organic way or to withstand such pressure without significant risk of injury. The hazardous technical problems I note include the following:

Her vibrato is tremulous and irregular and is accompanied by shaking in her tongue and jaw. An organic vibrato depends in part on well-modulated registration, and it may be that she is not yet able to fully engage the muscles governing heavier registration. This may also explain why the cut of “Nessun dorma” she chose to perform omits the low D at the very beginning – she may simply not be capable of producing a focused sound in her primo passaggio yet.

She performs these syllabic phrases with virtually no legato, pumping breath into individual notes and syllables rather than streaming her air continuously throughout each phrase. This is an extremely fatiguing process, and while it can produce a sequence of richly produced tones it cannot deliver the long, beautifully shaped lines required for Puccini; it would also be hard to sustain for a period longer than the one minute and twenty seconds of this excerpt. …

UPDATE: What happened next.

« The tenor who sang more roles than Domingo

A second rave for our probable record of the year »