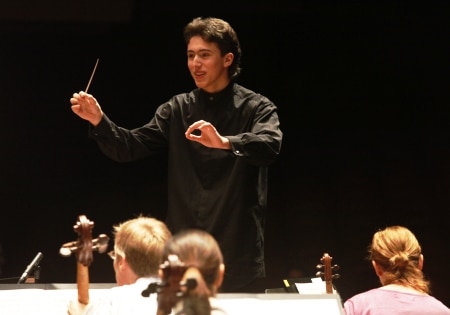 The Nestlé award finalists were announced this morning.

Prior, parentally promoted as a child composer, came second at 16 in the Leeds conducting competition and was named assistant conductor in Seattle the following year.

McCauley was raised in Zimbabwe. He is presently assistant conductor with the Malaysian Philharmonic.

Shokhakimov became chief conductor of the National Symphony Orchestra of Uzbekistan at age 17.

« Wake up, darling, there’s a string orchestra on the stairs