Robin Ticciati has withdrawn from the 2016 Glyndebourne Festival revival of Die Meistersinger von Nürnberg in order to recover from surgery for a herniated disc.

Robin Ticciati said: “I’m incredibly disappointed to have to withdraw from what would have been my first ever Wagner opera. I was so looking forward to being reunited with David McVicar for the production and would like to wish the company all the best as they start rehearsals. It is my great wish to continue with my second engagement at this summer’s Festival, Béatrice et Bénédict; I’ve been advised that this is a realistic prospect and my attention is focused on achieving a swift recovery to fulfil this.” 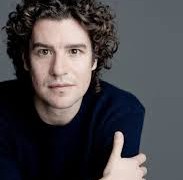