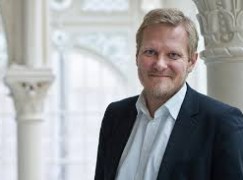 Kasper Holten: ‘Let us wait and see what happens with Lucia’

The director of the Royal Opera company at Covent Garden has intervened in the debate over excesses of sex and violence in its forthcoming production of Lucia di Lammermoor.

In a posting on Slipped Disc this morning, Kasper says (inter alia):

First of all, let me underline that there is no case of sexual violence in this production, as some comments in an earlier thread suspected. Trust me, following what happened around Guillaume Tell we would have warned specifically about that, if that had been the case. I tried to make it clear that the sex and violence are entirely separate.

Second, whilst I enjoy the discussion about interpretations and productions in general, maybe we should stop discussing Lucia specifically now until the production has actually opened.