Or so it says in the Lebrecht Album of the Week review on scena.org and openlettersmonthly.

Most concert pianists are like modern tennis players. They know that only two or three men and women are ever going to win the major tournaments, which leaves all the rest working harder each day in vain pursuit of an inhuman perfection and an inexhaustible hope.

The Russian-born Yevgeny Sudbin is a circuit pianist who, living in London and teaching at the Royal Academy, has yet to break top ten rankings. He’s a tremendous player of exceptional flair who has made recording for the past decade on an esoteric Swedish label, covering mostly Russian music. The reception has been enthusiastic, the major breakthrough elusive. 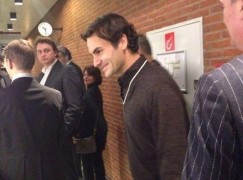