The Vienna Symphony Orchestra has announced that its music director Philippe Jordan, 41, has cancelled all appearances in January and February for health reasons, including concerts at Wiener Konzerthaus, Musikverein Wien and a tour to France, Switzerland, Austria and Germany. 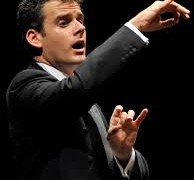 He will be replaced by th young Israeli Lahav Shani (who has already stepped in at the Vienna Phil) and by the former percussionist Adrien Perruchon.