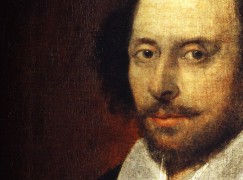 Paul Hamilton, was awarded a doctorate at Birmingham University last July for his thesis on Shakespeare’s influence on American literature in the 19th century.

On January 17, he was arrested at his home in Stratford-upon-Avon and informed that he was to be repatriated.

Dr Hamilton, 42, a US citizen, has been held since then in a cell at Morton Hall Immigration Removal Centre in Lincolnshire.

He tells the THES:  “All they had to do was serve me papers and say: ‘I’m sorry your application was rejected – you need to leave the country.’ But to be arrested is just unbelievable.”

It had been “absolutely heartbreaking to be arrested and thrown into a cage…in the back of a police vehicle in front of my neighbours”, he added.

There are several layers of injustice to this case. Dr Hamilton had applied for an extension to his stay. He was not in the UK illegally. His arrest and humilation appear to be excessive. A petition for his release is being rallied here.