A truly shocking stat on this week’s Nielsen Soundscan classical charts. The Monks of Norcia on Decca sold more than 5,000 copies in the US last week. No classical release has done so well in months.

Five places down is the Vienna New Year’s Day concert. Fewer than 90 copies sold in the second week of release. 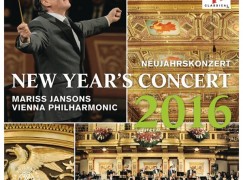