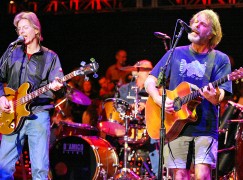 (a Norman Lebrecht exclusive from August 1991)

LONDON — ‘I heard about this huge piece, which existed only on a bootleg tape . . . that was going around California. . . . It was, “Wow, listen to that!” I decided this neglected music just had to be brought to the world’s attention.’

One of these days the widow of a British composer, eight years dead and half-forgotten, will find $10,000 in her mail. A hundred miles north in Oxfordshire, a penniless young avant-gardist will be completing a score, thanks to a similar gift. The same mysterious source has also funded a spate of recordings by several obscure composers, some of them long dead and almost forgotten.

For the last seven years, the arcane world of contemporary British music has been puzzled by the sporadic and unpredictable gifts by an anonymous California donor, whose intervention has resuscitated lost reputations, sustained fresh bursts of creativity and altered the pecking order of British music at home and abroad.

One of the few clues to the benefactor’s identity: money orders drawn on a San Francisco charity called the Rex Foundation. That bit of information led eventually to the mysterious donor: Phil Lesh, bass guitarist and vocalist in the Grateful Dead rock group.

On a whim and a fancy, Lesh has funneled $100,000 from the group’s charitable foundation into concert-hall scores that no one else would back.

“I’m interested in the survival of the symphony in the late 20th Century,” he explains mildly.

Lesh, 51, was keeping fit to a pirated tape of Sir Harrison Birtwistle’s “Earth Dances” when interviewed in his hotel during a Grateful Dead tour. 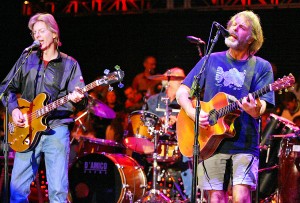 Birtwistle’s monumental piece terrifies orchestras and audiences alike with its elemental violence; it has been played only three times and angered the BBC Symphony’s concertmaster to the point of mutiny. But Lesh adores “Earth Dances.” He will happily pay to have it recorded–perhaps, he suggests, together with something by Brian Ferneyhough, the most intractable of quartet composers.

Crossovers between classical and pop music are uncommon enough–with the notable exceptions of Paul McCartney, Frank Zappa and Stewart Copeland of the Police–but there has been hardly any contact at all between rock and heavy modernism. Until now. Lesh is a lone emissary from the amplified frenzy of live gigs to solitary composers working toward a longer-term goal.

Lesh, it turns out, once shared their milieu, playing classical trumpet and attending Luciano Berio’s composition classes in Berkeley 30 years ago. Having co-written “Truckin’ ” and other Dead standards, he still has an ear restlessly attuned to interesting, intellectual sonorities.

His attraction to British music stems from its quirky individuality. “American composers tend to be tied to the academic world. The younger ones who are not–minimalists and neo-romantics–don’t interest me at all,” he says.

An exception is American composer Elliott Carter. When Lesh found Carter’s music acceptable, he arranged for an orchestral piece to be recorded by the London Sinfonietta. One night not long ago, Lesh bumped into another member of the Grateful Dead at a Carter concert and realized that his passion was starting to percolate through the group.

Lesh, who collaborated with electronic musician Ned Lagin on the 1975 album “Seastones,” is now composing a concert piece for the California conductor Kent Nagano, who works closely with the London Symphony Orchestra.

Lesh is wary about discussing any influence that “serious” music might have on the numbers he’s been pounding out with the Grateful Dead for a quarter of a century.

“We don’t use symphonic techniques,” he avers, “but we try to improvise passages between songs that make the form more interesting–turning medleys into something like movements.”

These deafening intermezzos have become a hallmark of Dead concerts, unique and much envied in rock circles. They have helped the Grateful Dead remain fresh and vital since the turbulent ’60s, long after other luminaries of the flower era have wilted and vanished.

This unlikely benefactor found his cause with British music through an obscure medium, the music of Havergal Brian (1876-1972), a modest Midlander who turned out more symphonies than any other Englishman, the last seven in his 90s. For half his life, and ever since his death, they were virtually unplayed. Brian’s sole claim to fame was a listing in the Guinness Book of Records as composer of the largest symphony ever written–the “Gothic,” with a double orchestra of 200 players, four vast choirs and a fistful of soloists. It was last performed on his 90th birthday in 1966; estimates for a proposed recording came close to $1 million. 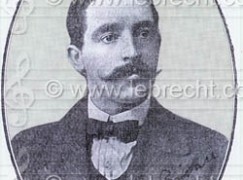 “It began for me with the Gothic Symphony,” Lesh relates. “I heard about this huge piece, which existed only on a bootleg tape of Boult’s 1966 performance that was going around California. I was amazed by the ‘Judex’ movement and its polytonal clusters. It was, ‘Wow, listen to that!’ I decided this neglected music just had to be brought to the world’s attention.”

The means for resurrecting Brian lay conveniently close at hand. The Dead had set up a charitable foundation in 1984 in memory of Donald Rex Jackson, their former manager, who was killed in a traffic accident. Every year, they give three concerts for charity and decide among themselves what to do with the money.

“The Rex Foundation deals with environmental concerns–the rain forests–and human need, like cancer clinics and senior-citizen homes,” Lesh says. “I went in and argued that we should do something for music.” Two checks for $10,000 helped put four Brian symphonies on EMI/Angel and Hyperion records.

“The whole Brian revival,” says David Brown, secretary of the Havergal Brian Society, “is due to Phil Lesh. His initiative raised the awareness of Brian to a point where others have now come along to record his music commercially.”

While Lesh balked at the phenomenal cost of a “Gothic” recording, Klaus Heymann, a German entrepreneur in Hong Kong, spotted the sudden rise in Brian’s appeal and taped the monumental work on a $100,000 budget with low-paid but proficient musicians in the Slovak capital, Bratislava. Released nine months ago on the Marco Polo label, the “Gothic” has sold 10,000 sets–more than most Bruckner symphonies–and has been aired on Radio France, the last redoubt against English music. Marco Polo has now contracted to record the rest of Brian’s unheard music, a mere 20 symphonies or so.

“The ‘Gothic’ is a bigger problem than Mahler’s Eighth; it is also, I venture to suggest, a superior work,” wrote one authority in Tempo, a combative quarterly of contemporary music. That critic, Robert Simpson, was Lesh’s new beneficiary. A shy, scholarly man, Simpson spent his working life at the British Broadcasting Corp., promoting Bruckner, Carl Nielsen and, his particular discovery, Havergal Brian. He clashed repeatedly with program controllers and retired early, moving to a rural Irish hideaway where he composes large orchestral works.

Simpson’s symphonies are built like medieval cathedrals, block laid devotedly upon block until the edifice is revealed at great length in its mortal splendor. There is no frivolity or surprise. All is structurally preordained to the last dotted quaver. Lesh, on seeing the unpublished score of Simpson’s Ninth Symphony, paid an orchestra to record it on Hyperion.

“I had an extremely nice letter from Mr. Lesh when he heard the record–that was our only contact,” Simpson says. “Naturally, I approve of him, though I have never listened to his music.” 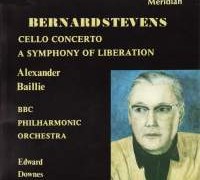 The next to benefit was Bernard Stevens, who won a Symphony of Liberation contest in 1945 but spent the rest of his days in obscurity, ostracized by his commitment to communism. He died in 1983.

“Phil Lesh asked to hear some of my husband’s works, so I sent him some tapes,” says Bertha Stevens, the composer’s widow.

“He liked the second symphony, found it very strong. He seemed to like the most severe pieces.” The symphony has lately been released on the Meridian label, thanks to $10,000 from Lesh. Another gift has been promised.

British musicians soon learned of the Rex Foundation and beseeching letters began pouring in to San Francisco. A recent recipient was avant-garde experimentalist Michael Finnissy. “It meant I could ease off doing menial, money-grubbing work and take half a year to finish my opera, ‘The Undivine Comedy,’ ” Finnissy says.

Lesh’s sponsorship has elevated Brian, Simpson and Stevens in the public estimation at home and abroad and given hope to the great unhyped. Most significantly, it has opened a dialogue between creative musicians on opposite sides of the commercial schism, dissolving the difference between those who make music for instant gratification and those who patiently await the verdict of eternity.

Although Lesh is thrilled with angry young Brits like Steve Martland and Richard Barrett who show awareness in their compositions of the latest state of rock, he does not yet foresee a coming together of pop and avant-garde classical music.

“Individual artists,” he insists, “will always be the measure of that, and the gap will widen further before it starts to close.”