The concert he was down to conduct tomorrow will be led instead by John Butt. The Edinburgh International Festival did not see fit to post notice of  his cancellation.

Sources in Les Arts Florissants tell Slipped Disc that Christie took offence when EIF refused to meet his fee demand. Very serious offence. He has also cancelled next year’s plans for a production of Rameau’s Platée. 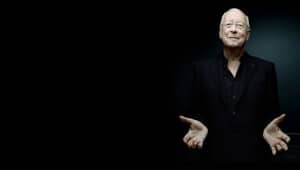