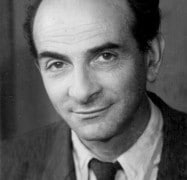 The composer who’s still under a German state ban

Michael Haas has come up with the extraordinary story of Hans Winterberg, a Prague Jew who was held in Terezín by the Nazis and kept there afterwards by the Czech as a Sudeten German. In 1947, he was resettled in Bavaria.

On his death in 1991 Winterberg’s heir, the son of his fourth wife, gave his estate to a German state archive on the unusual condition that all enquiries were to be answered in the negative, especially to any living relatives, until the year 2031. The music was effectively silenced.

Now a grandson has turned up who is trying to overturn the ban on access to Winterberg’s music, some of which is of high quality.

Read Michael Haas’s research here. There are some music clips embedded in the piece.

« No wonder Bayreuth is so screwed up

Two composers, a maestro and a music boss in Queen’s birthday honours »