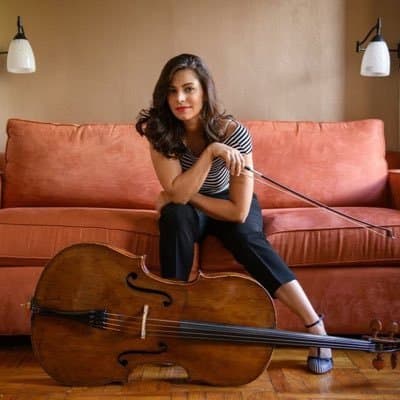 She Said movie is driven by its cello sounds

The movie composer Nicholas Britell and his cellist wife Caitlin Sullivan (pictured) have been talking about how her instrument led them to co-create the soundtrack for the movie She Said, about two journalists who brought down Harvey Weinstein.

Britell’s instinct was that the cello would be the perfect instrument to weave an emotional thread through the individual stories of trauma that make up “She Said,” a film that contains over 200 scenes.

The starting point wouldn’t be composition, but working with Sullivan to discover what sounds they wanted to use to build the score, a great deal of which was determined by how the cellist played her instrument. One example, Sullivan explained, had to do with how she plucked the string. “The metal string would snap against the wooden board, and it’s a very violent type of sound.” She would also use the back of her nails against the string, which “created an effect that felt like a struggle in the way we’d use in this rhythmic, pulsating way.” According to Britell, they recorded all these ideas, talked about which they liked, and “then I would take that material, that musical matter, and I would go write pieces using these sounds [and] concepts.”…

Berlin is playing Wagner for laughs »