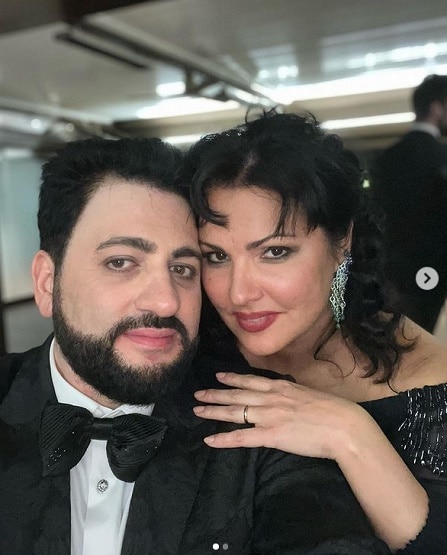 Netrebko is forced to accept a semi-Colon

It is a mark of her post-Ukraine diary gaps that Anna Netrebko and her husband Yusif Eyvazov have agreed to sing a pair of cut-price Toscas and a solo recital in Buenos Aires in November.

The Teatro Colon presents: ‘the stellar Russian soprano Anna Netrebko and Azeri tenor Yusif Eyvazov are the current golden couple of opera. Few artists on the operatic stage achieve vocal charisma with such a powerful stage presence, which transcends the limits of the stage.

Nothing, however, is uncomplicated with this pair.

The Colon’s Tosca conductor is the Canadian-Ukrainian nationalist Keri-Lynn Wilson, whose husband Peter Gelb has banned Netrebko from the Metropolitan Opera in New York. Although Wilson is billed with the Netrekos in Tosca, we understand she will be recused from the two performances involving the Netrebkos. Should they bump into each other backstage in BA, the conversation could be interesting.

« Plane delay? This youth orchestra won’t take it sitting down