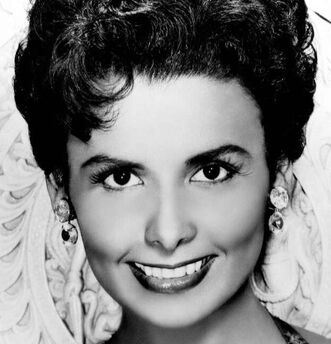 I just read that a Broadway theatre is being renamed for Lena Horne. Not before time, say I.

Lena (it is a measure of her fame that we can immediately identify her from just her first name) was supremely talented, impossibly beautiful, and fierce. She was the first African American woman to become a household name in the racially closed shop that was the Broadway and Hollywood of the 30s and 40s. She became a star as a singer, appearing with orchestras in nightclubs throughout the US, often in venues where she, because she was Black, was barred from staying or eating with her bandmates. She integrated Broadway and then turned her sights to Hollywood and, in the 40s, was one of the highest paid stars in show business.

A lifelong social activist, she worked tirelessly to ensure that other Black performers had opportunities that she earned for them. She never pulled her punches, her fame and determination allowing her to espouse causes and opinions that were taboo in the racist America of the 40s and 50s.

Most of us now remember her as a singer so here’s a medley kindly sent to me by the fine singer/pianist Eric Comstock from a 1965 Perry Como     television special which paid tribute to Lena’s great friend, Nat King Cole.  The audio and video quality isn’t good on this clip so here too is a 1994 TV special recorded at the Supper Club in New York.

« Across four centuries of English music

Opera of the week tonight – The most German of German operas »