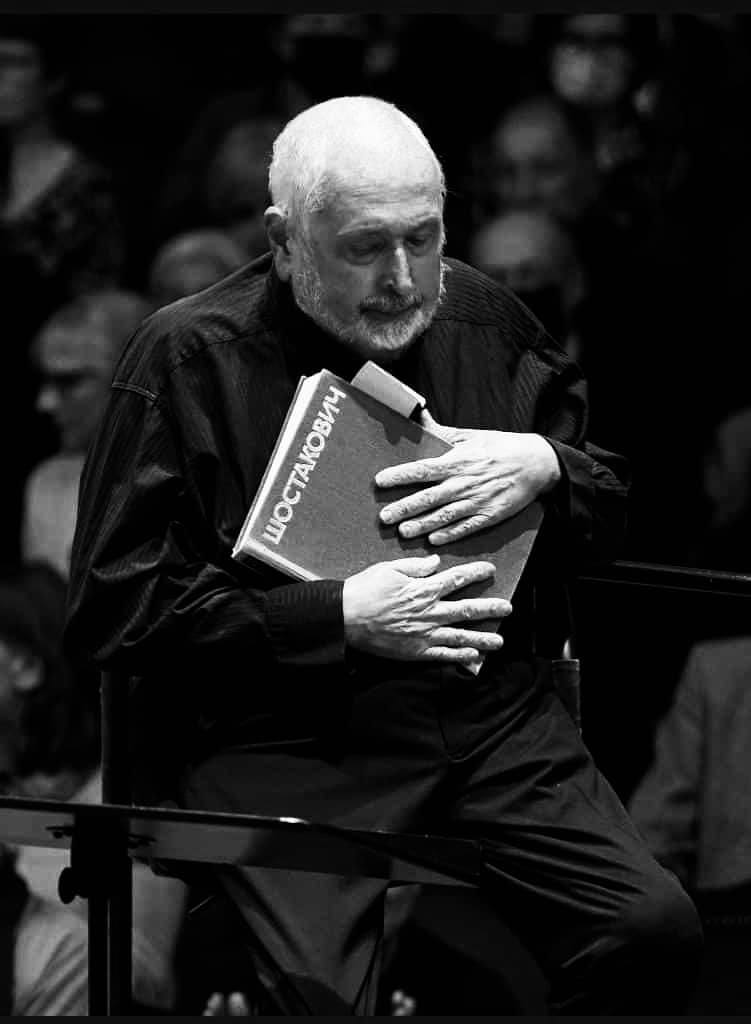 Condolences pour in for Jurowski family

From Gabriella Teychenné:
Very sad to be told the news yesterday afternoon of the loss of Michail Vladimirovich Jurowski… a true bastion and grandfather of conducting, and a believer in human rights, love and freedom.
Here is a picture Vladimir sent to me of the last piece he ever conducted – Shostakovich Symphony 15.

Michael Hunt: I had the pleasure to meet Michail at Wexford on the occasion of his son Dmitri’s debut with Rusalka. I spent a few days with him communicating in my faltering Russian and experienced the great pride he had in his son conquering this symphonic score and his detailed notes on every aspect of the performance. I wish Dima and Vladimir my condolences.

Diana Orlanova: He was the first conductor I met in Germany, as a young and shy just graduated girl, and I will remember forever that moment when I entered his house in Berlin. I will remember how we worked on Tatiana role from Eugene Onegin, the passion with which he was conducting me and speaking about hidden and sacred meanings of Tchaikovsky masterpieces. He was not only a fantastic, unique musician, but also a great human-being.

Sasho Tatarchevski: I am so sad to hear of the passing of one of my teachers, maestro Michail Jurowski. I had the honor to study with him in 2009 in Berlin. Aside from the conducting knowledge and advice I was able to get from him, I experienced a very honest and open approach by the maestro who explained to me very precisely how the international conducting scene works, thus making me think about my priorities in life. I will always be thankful for that since I am very happy with the choice I made after that eye-opening conversation. My condolences go to his family, especially my two colleagues Dmitry and Vladimir Jurowski whom I had the honor meeting in the meantime.

Reto Schärli: Very sad to learn about the passing of absolutely exceptional Michail Vladimirovich Jurowski. Exceptional in so many ways: Exceptionally knowledgable, exceptionally kind, warm-hearted, one of these very rare human beings that at the same time always combine seriousness with a good portion of humor, an exceptionally important witness who taught me so many things about Shostakovitch (but by far not only!). It was always pure magic what he could do with an orchestra, and especially how he could do it! A person I deeply revere for so many reasons! He will be terribly missed, but I look back with immense gratitude for everything he taught me! He had a big influence on me, the memories and the big footprints will remain.

Yanov Attar: Michail Jurowski. He was an amazing conductor and 1st class musician. I learned so much from him and cherish the moments I got to work with him.

Vadim Gluzman: A very sad day – on March 19th Michail Jurowski, an illustrious conductor, extraordinary musician and dear friend has passed away in Berlin. For almost 20 years we have been performing together all over the world. I carry with me memories of incredible music making, endless conversations and stories about Shostakovich, Prokofiev, the art of interpretation and score reading, and much much more. My heart goes out to the Jurowski family – his devoted wife Eleonora, children and grandchildren.