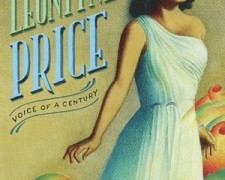 The Mississippi soprano who planted her feet on the Metropolitan Opera stage in 1961 and sang there for quarter of a century has a round-numbered birthday today.

She gave her last public performance in September 2001, in a Carnegie Hall memorial concert for victims of the 9/11 attacks.

Long may she live.