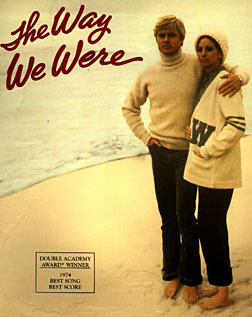 The Way We Were – no more

Barbra Streisand laments the death, aged 93, of Marilyn Bergman who, with husband Alan, wrote the Oscar-winning theme song for her movie with Robert Redford, The Way We Were.

She writes: ‘Marilyn and Alan Bergman were like family, as well as brilliant lyricists. We met over 60 years ago backstage at a little night club, and never stopped loving each other and working together. Their songs are timeless, and so is our love.’

The Bergmans won Oscars for The Way We Were, Windmills of Your Mind and the soundtrack to Streisand’s Yentl.

The music was by Marvin Hamlisch.

Inventor of the stereo headphone, 91 »