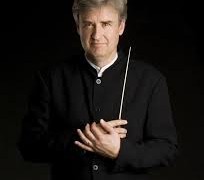 The maestro who quit Seattle says he ‘felt threatened’ there

The Danish conductor Thomas Dausgaard, who resigned from the Seattle Symphony last weekend by email, has now told a New York Times reporter that the orchestra was ‘ruled by fear’.

‘I felt personally not safe,’ he said. ‘I felt my life is too precious to be in such tension.’

These are extraordinary charges and they are denied in their totality by the Seattle Symphony. There is no indepenent corroboration of Dausgaard’s impressions. The orchestra’s CEO Krishna Thiagarajan had a perfectly placid time at his previous post in Scotland.

It appears Dausgaard, 58, is under some form of stress.

Tributes pour in for ‘versatile and wonderful’ Maria Ewing »