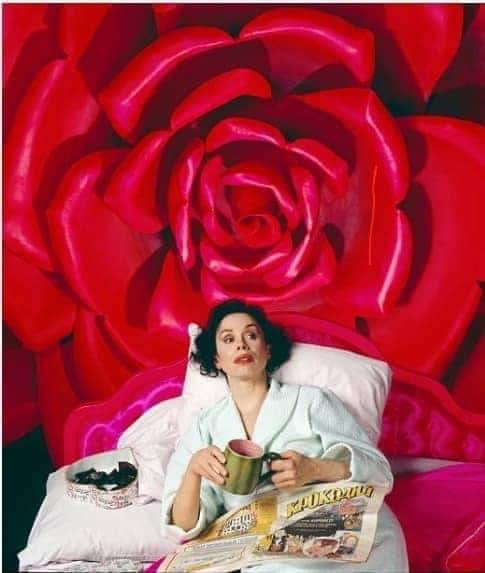 Tributes pour in for ‘versatile and wonderful’ Maria Ewing

The opera world has been shocked by the death, aged 71, of the outstanding American mezzo and soprano. The late Peter Hall, her ex-husband, spoke in his memoirs of her ‘blazing integrity’. Other rushed today to praise her many qualities.

Placido Domingo writes: ‘Saddened to learn the passing of the versatile and wonderful American opera singer Maria Ewing… So many beautiful memories of sharing the stage with Maria in Carmen, Tosca, Madama Butterfly and Fedora at the Met… and as conductor to her Tosca. RIP dear Maria.’

Pianist Artur Pizarro: ‘My heart is really breaking… Another dear friend is gone… In the last 7 months, too many departures… Not quite able to deal with all of this yet… Maria Ewing was a dear friend and an amazing colleague! I was privileged not only to have worked onstage with her, but also to have tasted her spinach pies at dinners which ended up in watching the Great movies in black and white sitting on the floor and eating popcorn until early morning… ‘

Tenor Karim Sulayman: ‘The first opera I ever saw live was Sir Peter Hall’s Salome at the Lyric Opera of Chicago starring Maria Ewing in the title role. Even though I was only in the fifth grade, her unbelievable performance was at once thrilling and terrifying, deeply beautiful and deranged. That evening solidified my conviction to become a singing actor. To be like her. To fully embody music and deliver a story with my whole being – voice, body, mind and soul. She was a true artist and she changed my life. Thank you, Ms. Ewing. Rest in power. ‘

Her manager Guy Barzilay: ‘So saddened by the passing of Maria Ewing. Managing her career in the late 90’s-early 2000s was the most intense, exhilarating, rewarding, and yes, terrifying experience of my life. She was a glorious artist and one of a kind person; Deeply feeling, demanding, funny, generous, vulnerable, exasperating, and beautiful, and her extraordinary performances I was lucky enough to witness will forever be seared in my mind and heart.’

The Metropolitan Opera: ‘We mourn the death of Maria Ewing, one of opera’s most compelling artists in the second half of the 20th century. Between her 1976 debut as Cherubino in Mozart’s Le Nozze di Figaro and her final appearance with the company in 1997 as Marie in Berg’s Wozzeck, she brought her distinctive vocalism and intense dramatic commitment to the Met stage nearly 100 times. She was particularly acclaimed for her performances as Blanche de la Force in Poulenc’s Dialogues des Carmélites, starring in the 1977 premiere of John Dexter’s landmark Met staging and on many subsequent occasions.’

LA Opera: ‘We are immensely saddened to learn of the incredible Maria Ewing’s passing. An absolute icon and master of her craft, Ms. Ewing was a pillar in LA Opera’s history, having given indelible performances in “Madama Butterfly,” “Cosi fan tutte,” “Tosca” and “Fedora,” among others. Most memorably, she offered Angelenos a definitive interpretation of Strauss’ “Salome” that won her accolades worldwide. Her invaluable legacy will be treasured for generations to come.’

ROH Covent Garden: ‘Maria performed the title roles in Tosca and Salome with us between 1988 and 1995 and sang both parts with power, tenderness, charisma and vulnerability.’
Glyndebourne: ‘We are very sad to hear that Maria Ewing has died. This extraordinary artist first performed at Glyndebourne in 1978’s Così fan tutte, where she met her future husband Sir Peter Hall. She went on to appear in a host of Glyndebourne productions.’
RTE Concert Orchestra: She performed the role of Bloody Mary in South Pacific with (us) and John Wilson in 2013.
Singer Ali Garrison: Fond memory of Ms. Ewing and Placido Domingo: The Waverlies, an acapella jazz trio that I cofounded, was doing a street tour of Europe in the summer of 1991. We had a license to busk in Covent Garden for a week. The performers at Covent Garden Opera House were all completely fed up with the management selling blocks of seats to corporations who then wouldn’t use them, so that the theatre would hardly have any audience for them to perform to and their fans couldn’t even get tickets. One day we found out that Ewing and Domingo had refused to perform in the current production of Tosca unless they put a live feed on a big screen outside, free for the public. So we all stood and watched them sing Tosca magnificently and had a picnic in the midst of the massive crowds gathered. At the end, Ewing and Domingo came out of the stage door for a bow for us, telling us that we were their REAL audience. A great moment for Londoners indeed!

« The maestro who quit Seattle says he ‘felt threatened’ there

Opera mag calls for singers to be paid for Covid cancellations »