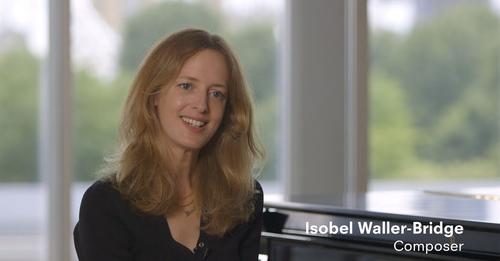 Alastair Macaulay reviews the latest in the Philharmonia’s fascinating winter series at the Royal Festival Hall:

The Philharmonia Orchestra’s autumn season “Human/Nature” is a triumph of imaginative programming. What can music express? How is man connected with (alienated from) the natural world? How has he depicted it, across Europe and America, over three centuries? New music has become immediately absorbing, old music has often come up new.

It’s also a triumph for Finnish musicians. It’s the debut season of Santtu-Matias Rouvali as the orchestra’s principal conductor; Pekka Kuusisto (conductor, violinist, composer) is its featured musician. On Sunday, Kuusisto played and conducted for not one concerts but two: a programme of four chamber works at the Purcell Room between 6pm and 7pm, followed by a 7.30pm event (lasting over two hours) of musical fare stretching from a world premiere to Vivaldi, ending with an immediate standing ovation. This is a fabulously fresh, unpretentious, versatile, funny musician and public figure.

The Festival Hall concert opened with the world premiere of the 15-minute “Temperatures” by Isobel Waller-Bridge (elder sister of actress-writer Phoebe “Fleabag” Waller-Bridge – they’re both in their thirties). “Temperatures” imaginatively dramatizes climate change as if from within and yet from changing viewpoints. At moments, its dramatically stressful harmonies recall Vaughan William’s marvellous Antarctica Symphony, with long, powerful chords full of subtle motion and tense change. Next music that has seemed almost devoid of rhythm acquires a febrile pulse. Often – above and beyond any pulse – strings, now high, now low, tremble.

The mind within these dangerous climatic conditions is restless, anxious. Near the end, a march suddenly emerges, gathering force and impetus – and bell sounds add a quality of iridescence. But to what end? All at once this initiative runs out of steam. The weather’s internal motor dies while we listen. Waller-Bridge is a pessimistic conservationist (as am I). But she’s also a new-wave traditionalist. Romantic and modernist forms all percolate her score; here, all of them reach the end of the road.

I grew up close to the East Anglian coast that Britten so uncannily paints in his “Peter Grimes” Four Sea Interludes. Here are birds and deep sea currents, here are sunlight and changing skies above the waves, here’s the vast spread of the seascape that suddenly churns with the storm’s shrieking violence. These pieces are marvels of orchestration. To cite two tiny details: one trumpet trill has shocking explosiveness, while a tambourine very strangely helps to suggest a choppy surface settling down.

In the Festival Hall programme’s second half, Kuusisto spoke, played, and blithely took his audience on an entirely singular and original stream of consciousness. He was leading his own improvisations framing Antonio Vivaldi’s famous “Four Seasons” concerti as violin soloist, playing in close and merry collaboration with Ale Carr, the Swedish cittern player. Kuusisto never talks too much – unless you prefer your maestri entirely voiceless – and he establishes a mood where words and music relaxedly share the same happy ambience. He even describes one section of the Vivaldi as having an “après-ski” mood (and shows why); and his improvisations include musical ideas from Austria, Finland, and Celtic folk music.

This is one engaging, free, spontaneous maverick; his was a “Four Seasons” like no other, effortlessly jumping nations and centuries. His colleague Ale Carr – a cittern is a Renaissance stringed instrument, a relation of the lute – is a kindred spirit, uniting folk and classical, ancient music and modern, with the same enchanting playfulness. (Their quiet encore was a Christmas carol arranged by Jan Sibelius: Kuusisto whistled while he played.)

How many players does the Philharmonia have? It seems that at each concert new players appear; interestingly, the ensemble that played the Vivaldi was about two-third female.

Quite a number of these women and men had been part of Kuusisto’s Purcell Room concert. Its fare, a riveting selection of Scandinavian and Baltic items, could have been called “Northern Lights,” with music by Andrea Tarrodi (Swedish b. 1981), Outi Tarkiainen (Finnish, b. 1985), Erkki-Sven Tüür (Estonian, b. 1959), and Anna Thorvaldsdottier (Icelandic b. 1977). Tarrodi’s “Birds of Paradise” (2008) is all for strings, Tarkiainen’s “Siimes” (2017) all for woodwind, Tüür’s “Conversio” (1994) for violin and piano. Only Thorvalsdottir’s “Hrim” (2009-10) included a wider sonic array – strings, wind, and percussion. This, evoking the formation of near-Arctic forms of frost, proved the most imaginatively poetic of all.

Janacek changed so many things for me »