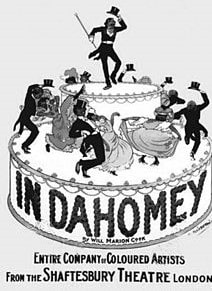 I’m not sure I would have survived the pandemic without the livestreams and online concerts from Wigmore Hall. Several times a week during the past 18 months, despairing of ever again hearing a live concert in a real concert hall, I tuned into this miracle venue’s website and listened to something, often something wonderful.

I always clicked on the Donate button, and gave them whatever I thought I could afford that day, even though the Hall offered the music free, just to ensure that the musicians were paid a bit and the Hall continued to make the concerts available. They still do. A vast eclectic panoply of music and occasional conversation is available which range from Andras Schiff playing Schubert sonatas, to Jane Glover discussing Mozart with Simon Callow, to an unknown string quartet playing a brand new contemporary composition by a young composer.

When I have a free evening, I always check what’s available from Wigmore Hall and I recommend you do the same because there are so many possibilities. The conventional wisdom is that it’s all traditional 18th and 19th century chamber music and, while there’s plenty of that, there are many other presentations that are very far from that.

This is one of the evenings that makes Wigmore Hall different. This concert celebrates the heritage and importance of Black music and performance to Wigmore Hall and the wider British musical theatre. This concert is also a book launch for An Inconvenient Black History of British Musical Theatre 1900-1950 by Sean Mayes and Sarah Whitfield. In a hybrid concert and discussion, Mayes and Whitfield discuss the hidden history their book uncovers, the urgency of uncovering the work of Black creative practitioners, and what it means for the future.

West End performer Jonathan Andrew Hume and emerging soprano Esme Sears with Sean Mayes on piano, perform songs and repertoire that re-centre Black musical experience in the UK from 1900-1950. It’s a bit didactic and academic and the singing could be better, but it uncovers a world of music and song with which even musical theatre mavens like me will find unfamiliar and therefore exciting.

« What Thomas Quasthoff wants for his birthday

A Canadian wins the Chopin »