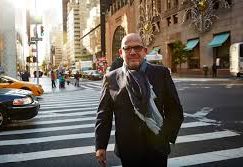 The Dutch music director’s decision to leave the New York Philharmonic after a single term has not been given a specific cause, apart from the inconveniences of Covid, but the writing has long been on the wall.

Jaap said this to the musicians: ‘While I love the NY Philharmonic and look forward to continuing as Music Director over the next three seasons, so much has changed because of COVID, including thoughts about my own future, my life, and my family.  I came to the New York Philharmonic as your Music Director, excited about working with you and committed to ensuring that you get the great home you deserve.  As you know, the completely transformed David Geffen Hall will now open in Fall 2022, almost two years ahead of schedule, thanks in large part to our supportive Board of Directors, to Deborah Borda’s leadership, and to Lincoln Center.

In life, I think timing is critical: it’s important to know when to say yes and when to move on.  With that thought in mind, my inner voice tells me the time is right to conclude my tenure as Music Director at the end of the 2023-24 season.  As I move on, I look forward to returning to conduct this great orchestra for years to come, just not as its Music Director.

Deborah Borda told the musicians: ‘The pandemic has changed all our worlds, so I recognize and respect the very personal decision Jaap has made about his future. It is important that he continues as our partner, working together towards the re-opening of our home — the “new” David Geffen Hall.  Jaap’s willingness to extend his contract by an additional year (through the 23/24 season) provides us the time and space to run a search process that is thoughtful and elegant.  I know I speak for musicians, board, and staff in expressing our deepest thanks to Jaap.  This period of the last 18 months will no doubt be recorded as not only one of the most challenging eras in the Philharmonic’s 180-year history but will also be remembered as a time of resilience, creativity, and promise. ‘

By releasing the information just before Yom Kippur, when parts of New York shut down it seems both sides were keen to bury the news. The orchestra, signally, issued no press release, just background briefing. They want to get this out of the way before the season starts.

The background? Jaap was hired by Borda’s predecessor, who vanished soon after like the snows of yesteryear. Although he personally lured Borda to take the job, the mood music never rose much above Muzak. Covid changed everything. Jaap was not seen in New York for a year, nor was he missed. His decision to leave is both honorable and correct, giving the players time to agree which of Borda’s candidates they prefer.

The whole episode leaves no discernible mark on New York’s cultural life. Jaap was the wrong hire (we wrote at the time). Best for both sides to quit while they are ahead. Jaap has also given up his other long-haul job with the Hong Kong Philharmonic. He becomes instantly available for the hometown vacancy at the Concertgebouw. Watch this spot.

New York, for its part, needs a bigger personality, and can afford the right one.